As a boy in Senegal, Diali Cissokho had little interest in playing the country’s traditional musical instrument, the kora. But he liked soccer. If he was going to have to practice something, he preferred a ball.

His father, who’d grown up playing the tall, 21-string kora, saw it a different way.

“My dad gave me [a] hard time about soccer,” Diali says. “If you don’t play kora, you [are] gonna get out of my house [and] not eat my food. If you are sick, I will not take care of you.”

As Diali remembers it, he was about 5.

In Senegal, the kora is as much a symbol of national pride as it is a musical convention. Historically handmade from a large gourd, the instrument traces to the Mande people of West Africa and to griots, storytellers who carry the heritage and customs of a village or family, and keep them alive through songs.

“It’s a powerful instrument and medicine instrument,” Diali says. “It’s really, really, really powerful. You can use it at any kind of ceremony – wedding, funeral, birthday party – it doesn’t matter.”

Diali’s father, then, wasn’t pushing him to quit soccer just so he would pursue a different hobby; it was to maintain a practice spanning 17 generations of griot musicians. A griot is also known as a “jeli,” now the name that Diali’s friends and fans know him by.

After immigrating to the United States 10 years ago with his wife, Pittsboro native Hilary Stewart Cissokho, Diali began assembling a band of local musicians and combining the music of his old and new homes.

“When we go to Alabama, Asheville, New York, D.C., all that, right away we pick up fans,” Diali says. 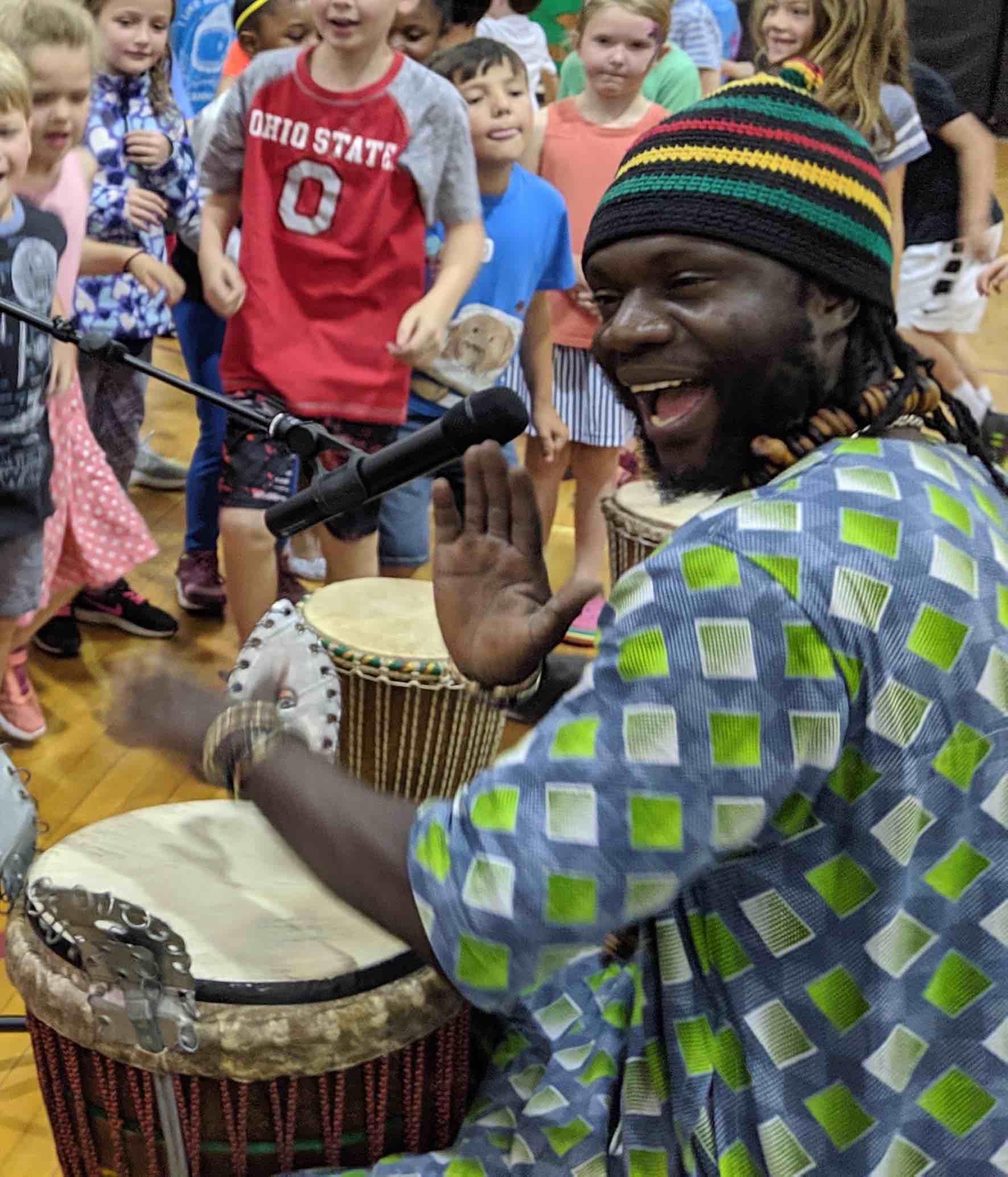 After five years of touring, Diali and his band, Diali Cissokho & Kaira Ba, released an album last June, “Routes,” which takes a deep dive into Senegalese music. “We went to Senegal,” Diali says. “I have a band here and band back home, and [both are] on [the] album. That’s why this album is so powerful. It is about peace and your children’s future. We don’t have a future. They are the one[s] with the future.”

Diali’s son, Abdulaye, is nearly the same age Diali was when his father disallowed soccer.

“I’m not gonna be like what my dad was like to me,” Diali says. “My son is born here. Here, the rule is, you let the kids choose what they want. But if he is into the kora, I will teach him, then I’m going to send him to Africa for two, three years to study.”