Usually time capsules get buried in one decade and dug up in another. Ours lasted almost half of March.

I’m excited to introduce you to our terrific April/May issue, which is arriving this week in mailboxes and several places around Chatham, by describing where it fits in the world around us.

Because – hoo, boy! – things have changed. 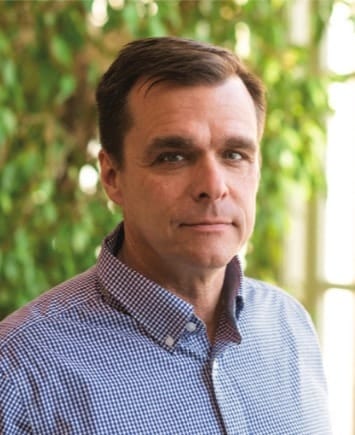 A quick word on how we put out Chatham Magazine (all of which applies to our sister publications Chapel Hill Magazine and Durham Magazine). We plan the general themes of our issues a year in advance – “The Food Issue,” “Best Of Chatham,” “Home & Garden,” etc. April/May is when we do our annual “Women of Achievement” features, spotlighting a handful of women in our community who make it a better place to live. And this year, our features are terrific, from our cover subject Lucy Kurz – who flies for Carolina Air Care to transport sick children – to Mary Wallce, Pittsboro‘s first woman mayor, to four teenagers who will be among the first graduates of Chatham School of Science & Engineering this month. We also visit a couple knockout homes to see how people have turned remote spots into dream properties.

But one thing you won’t see in our pages: mention of anything about a pesky virus or the crazy idea that we all might be spending some quality time at home soon!

We finished typing the last word of our final story in the first few days of March (normally our deadlines are earlier, but Briar Chapel’s Kimberly Maloney ran in  the US Olympic Marathon trials on February 29, which we thought was worth waiting for!) After a few more days of editing and hard work from our design team to turn our stories into a magazine, we were ready for the printer on Tuesday, March 10.

The next day – Wednesday, March 11 – UNC announced it was extending spring break and that students would not return to campus. That night, the NBA announced it was canceling its season, beginning a cascade of national announcements of closings and cancellations. Airports began filling with travelers coming home from overseas, including several relatives of our employees (everyone made it safely).

By Friday, Chapel Hill and Durham’s public schools announced they were closing their doors, and on Saturday, March 14, Chatham County Schools did the same after an order from Governor Roy Cooper. At Chatham, Durham and Chapel Hill Magazines, we began working remotely full-time on Tuesday, March 17.

We weren’t there to pick them up, but the first copies of Chatham‘s April/May issue arrived at the office a few days later.

When I did finally get my hands on a copy this week, I had to smile. Even though it was an accident of timing, we got the right person on the cover. I’m glad Lucy is the face of Chatham headed into the world we’re now in.

A pediatric respiratory therapist, Lucy flies with children suffering from breathing issues as they rush toward intensive care units. As the Coronavirus spreads, its most deadly symptom appears to be attacking how people breathe – which means Lucy and her colleagues are literally going to be our front line against it.

Lucy, In The Sky

With a few copies in hand, I stopped by her home this week while she was between shifts to hear about how her life has changed since our photoshoot and what insights she might have for what’s to come.

The most severe cases of COVID-19 require the exact machines that Lucy works with, ventilators – machines that breathe for a person when their lungs aren’t working. The danger is that the virus will create more patients than there are ventilators.

“Our PICU and NICU [pediatric and neonatal intensive care units] stay busy,” Lucy says. “Sometimes there’s no beds and that’s without any of this stuff.”

The worst part, she says, is not being sure what’s coming. Patients who need to be on ventilators, Lucy says, fall into two categories. “Some are not ventilating [the muscle movements that work the lungs], some are not oxygenating [how lungs absorb oxygen],” Lucy says. “Some are both. With this, it sounds like it’s a little of both.”

Though most media coverage has discussed ‘ventilators’ as a single missing piece of a medical puzzle, she pointed out that they come in many shapes and sizes, and that some patients may not need many of the more advanced variety (throughout our talk, Lucy emphasized, she was offering thoughts and speculating based on her long experience in her field and news reports; she’s had no contact with a COVID-19 patient and no official information from UNC or other sources on what lies ahead. She wanted to be clear that her thoughts with me should not be taken as true medical expertise, but rather how a medical professional like her is viewing the uncertainty). While most hospital-based intensive care ventilators are complex, expensive and capable of a long list of computer-controlled therapies, she wonders if what might be needed are more like the portable ventilators she flies with. Those machines, though miracles of modern medicine, are much simpler and quite small, trading advanced technology for portability and ruggedness. She also wondered it they might be quicker to be built.

That’s where she really was paying attention, watching her old hometown of Detroit spring into action. Her dad, she says, worked in the auto industry for most of his life, and most her family has ties to the industry (when we talked on her porch, she proudly wore her Michigan sweatshirt). She’s excited to think the production lines that defined her family’s old business might now be put to use to help her current line of work making emergency ventilators. She had just read a story from the Detroit Free-Press about Ford partnering with GE Healthcare and 3M to produce ventilators and respirators, the filtered systems that health workers use to avoid the virus.

“Just about all the old factories are shutdown,” she says. “So it’s pretty cool to see.”

Before I left, we laughed at how different today felt than when we’d snapped her picture at Chatham Hospital‘s Siler City helicopter pad three short weeks before.

So that’s how I’m thinking of our April/May issue: a time capsule back to a world far away, and hopefully a future not far off. It feels odd to have watched our writers, editors and photographers work so hard to put out a magazine that lands in a world unlike the one we wrote about. I hope you’ll have a look at how things were, and how, we hope, they will be again.

If you don’t get our magazine in the mail, try the Pittsboro Roadhouse. Greg and Maria Lewis report they’re putting out 50 meals a night of takeout food, and they are running an incredible offer: if you buy two meals, they’ll donate a third to local food programs. We also have copies at The Mod, 580 Craft Brewing, Phoenix Bakery and others, all of whom are staying open both as service to customers, and also to their own employees, as we all face this trying time together.

Or shoot an email to matt@chathammagazinenc.com or DM us on facebook. We’ll make sure you get your copy. But hurry – they already feel kind of historic!