Elly Cummins and Bridget O’Donnell want to increase awareness of the 911 Good Samaritan Law in memory of their brothers, Boone Cummins and Sean O’Donnell.

B ridget O’Donnell doesn’t have a clear memory of her brother Sean’s memorial service. She knows that it was in a small room in Donaldson Funeral Home in Pittsboro at the height of summer in 2017 because Sean, 19, had died that June. Everything else is a blur. Elly Cummins, however, has a perfect memory of the day. She remembers hugging Bridget – who seemed barely aware of her – and she remembers that Bridget and Sean’s mom, Mary O’Donnell, then pulled her aside and spoke a dark warning: “Don’t let yourself be the next one standing here.”

Elly’s brother, Gabriel “Boone” Cummins, was Sean’s best friend. Bridget and her mother knew the two boys had started drinking and trying drugs in their final years at Northwood High School. And they knew that Elly knew it.

Six weeks later, Mary’s warning ran through Elly’s head as she sat in the same funeral home, in the same room, saying goodbye to her own brother, Boone.

Sean and Boone died six weeks apart that summer in what police ruled were nearly identical accidents, drowning in the waters of a former quarry outside Pittsboro. Police say it was a favorite spot for teenagers to drink and party, and while both boys were alone when they fell – leading to searches that lasted days – they had each been with friends earlier in the night who knew the boys were at the quarry. “They were trespassing and underage drinking,” says Chatham CountySheriff Mike Roberson. “It was a place they could go hang out and party, and they knew they shouldn’t be there and something happened.”

Police eventually determined that Sean was drinking with friends who at some point left as he passed out. In Boone’s case, friends dropped him off near the quarry after he’d taken high doses of what his mom says was Xanax. From the quarry, even as his condition worsened, he sent social media calls for others to join him to memorialize Sean.

Why, Bridget and Elly wondered, had no one called for help? Police suspected that the boys’ companions had been afraid to call 911 for fear that responding authorities, rather than help, might sweep up anyone present on drug or alcohol charges.

Bridget asked investigators why there wasn’t a hotline people could call specifically for these emergencies. “And they’re like, ‘There doesn’t need to be a hotline,’” Bridget says. Thanks to the state’s 911 Good Samaritan Law, passed in 2013, bystanders to drug- and alcohol-caused medical emergencies who call 911 are protected from prosecution, even if the caller is participating in the activities.

But the law, Elly and Bridget soon realized, is not well known. “Some of the police there that night had never heard of it,” Elly says.

Since their brothers’ deaths, Elly and Bridget have worked for awareness of the law among teenagers and young people. They have spoken to close to a dozen schools and organizations, including assemblies and classes at Northwood, Woods Charter School, Horton Middle School and, in Durham, Jordan High School and Carolina Friends School, where both girls graduated from. They’ve pushed to have information on the law added to driver’s education curriculms in Chatham and worked with fraternity and sorority leaders at UNC. They’ve also recorded public service announcements, spoken at town hall meetings in communities struggling with opioid abuse and met with lawmakers to discuss the law’s weaknesses.

“One of the flaws is that if you have five people with you, for example, only you and the person who called are protected,” Elly says. “So if you’re at a party, everybody has to leave before you can call.”

Since starting, Elly and Bridget say, they’ve been contacted nine times by people who decided to call 911 during an emergency only because they’d heard the two speak.

“Just calling is the right thing to do,” Sheriff Roberson says. “What this law says is, you won’t get in trouble. If you’re doing the right thing, people will work with you.”

Whatever their problems, Boone and Sean were also big brothers who were adored by their sisters. They were country boys and talked about buying motorcycles together to ride across the U.S. One was headed to college, the other had plans to be a hunting guide in Montana. They drove pickup trucks that they kept in terrible shape but well out-fitted with off-road gear.

Julie Cummins, Boone and Elly’s mother, says the siblings were so tight that, though Elly had to walk through Boone’s bedroom to reach the door to her own, Boone rarely minded. By the time Boone was a senior, Elly, then a sophomore, was hanging out with his friends, joining their parties. 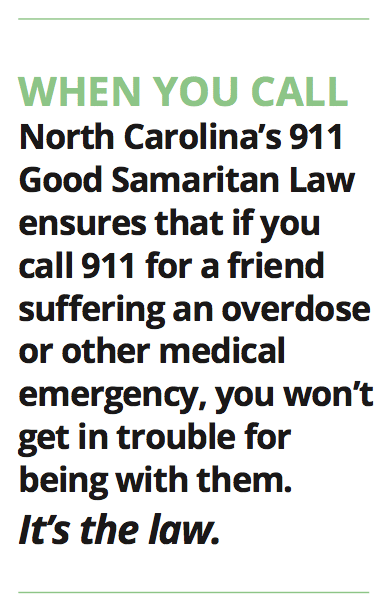 “It was us versus the parents,” Elly says. “We were a united front.”

Bridget also knew about Sean’s growing party habits, she says, but Sean saw her as the ‘good kid’ challenging him – which, to him, felt like she was siding with their parents.

“All I heard,” Elly says with a smile, “is that Bridget was a snitch.”

But she wasn’t, Bridget says, at least not all the time. “I didn’t want anything to happen to him,” she says. “There was a long period where I was covering for him.” Once, Sean baked – and burned – pot brownies in their kitchen, leaving an obvious smell. Bridget immediately made – and burned – popcorn to mask the pungent odor.

But both boys, their families insist, were moving on. Sean had started to cut back his drinking, telling friends it was “time to grow up.” Boone had agreed to enter rehab and was set to go the day after he went missing.

More than anything, their sisters loved and idolized their free-spirited brothers and the lives they were beginning to make. Their work on the Good Samaritan Law is, at its heart, no different from the words that connect their families: Don’t be the next one standing here. CM

Elly and Bridget wear bracelets for their awareness campaign, “Be Kind – Leave No One Behind.”

Read the original article from the June/July 2019 Issue:

Posted in Out & About